Three CCI alumni were recently featured on the television show “Love It or List It”, filmed in Raleigh, NC. 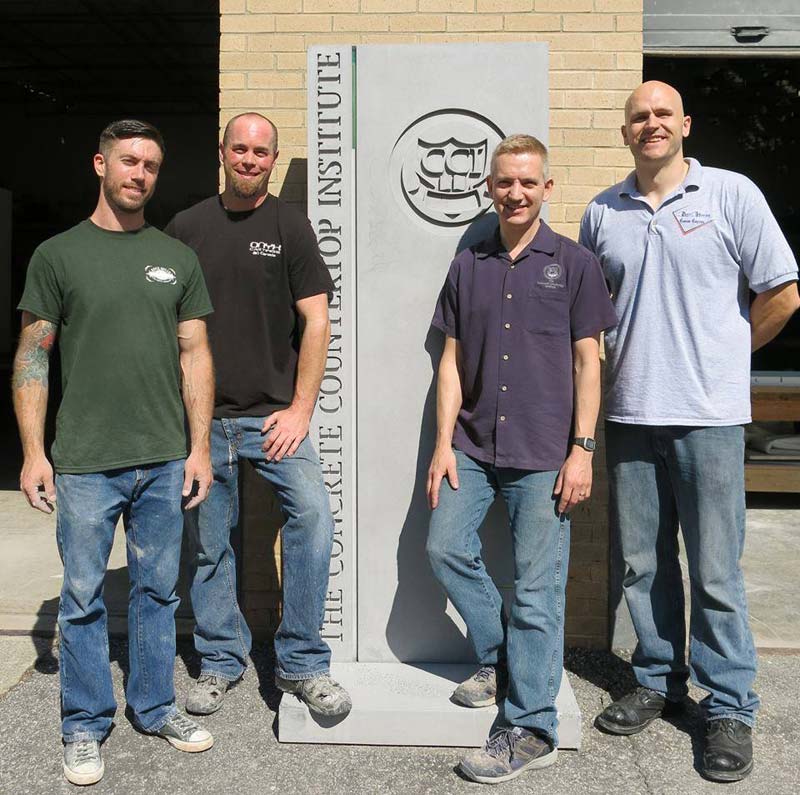 All of the professionals who worked on this special project are graduates of CCI’s Ultimate Concrete Countertop Training (shown from left to right): 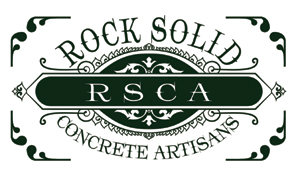 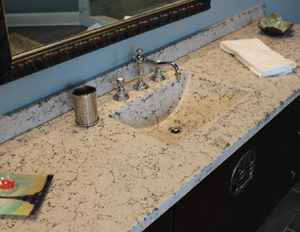 Greg Robbins of Onyx Castings in Okanagan, BC 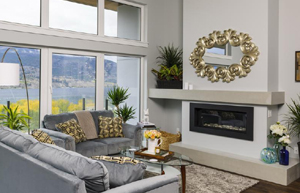 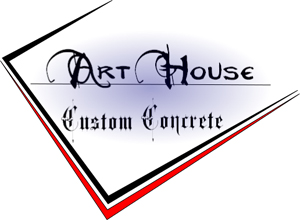 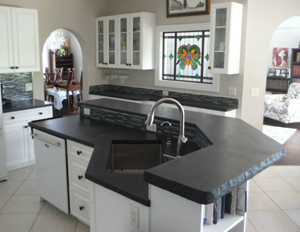 According to the Big Coat Productions website, “Love It or List It is a primetime reality series about homeowners faced with the toughest decisions of their life. Will they Stay or will they Go? How far will they go to get their ultimate dream home? Each episode is filled with the stress of major renovations, the temptation of beautiful new real estate, and the fierce rivalry between our designer and our real estate agent; both of them willing to go to any length for the homeowner’s allegiance. In the end, the homeowners must decide do we Love It enough to stay or is it time to move and List It?”

The episode that CCI alumni participated in is described as follows on the HGTV website: “Dave and Sonya have spent 8 years battling a never-ending to do list in their Mid Century home. Graphic designer Dave loves the feel of the house but Sonya is fed up with the issues that constantly appear. Will David find them a functioning home without the to do list or will Hilary make them fall in love all over again by reinventing many of the home’s hotly debated spaces?” 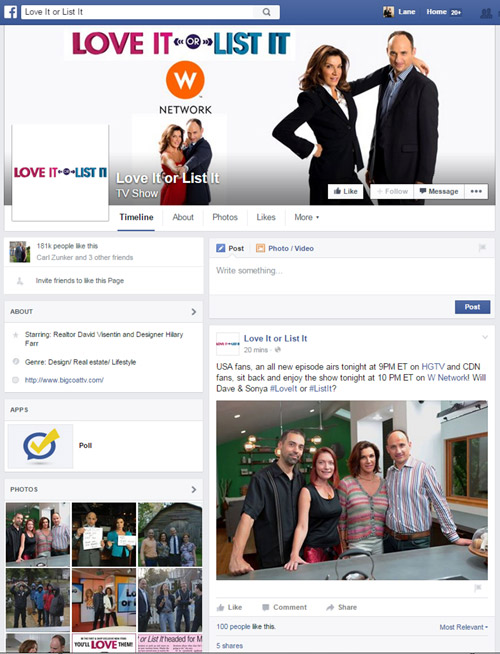 The team created a concrete countertop and backsplash for the kitchen. The 80 square foot project was a typical kitchen remodel, except that the deadlines were determined by the filming schedule and were quite compressed. The schedule was:

The host of the show wanted a natural gray for the countertop, plus a full height backsplash behind the sink and an end panel on the peninsula. When we templated, the cabinets were a natural wood color, but we knew they were to be painted a dark gray and the walls white. The host provided a gray paint sample.

We discussed various ideas for the backsplash, and decided to make the countertops in a smooth, uniform medium gray and the backsplash in a lighter gray with more of a rough cast look.

Here are some photos of the overall process:

We were able to cast 80 square feet of concrete on Friday and strip and process on Saturday by using CSA cement from Rapid Set, pictured here. 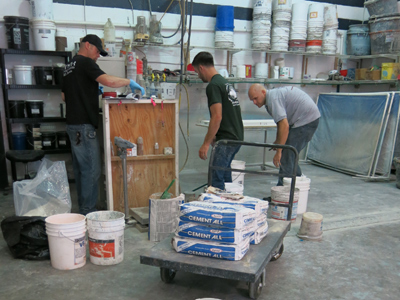 To give the backsplash more of a rough cast concrete look, we did not spray a mist coat as with the rest of the slabs. Instead, we hand packed a face coat, leaving fissures in the surface, which we later filled in with a lighter colored grout, to further lighten the color and provide more contrast with the countertop.

The project went really well, and we enjoyed having these alumni back in town. Nathan even had an installation of 2 concrete bartops at a local Raleigh restaurant, Taverna Agora. And we enjoyed having dinner at my house and relaxing by the concrete fire pit with a few beers. It was a privilege to work with these three creative concrete professionals. Thank you Nathan, Rob and Carl!