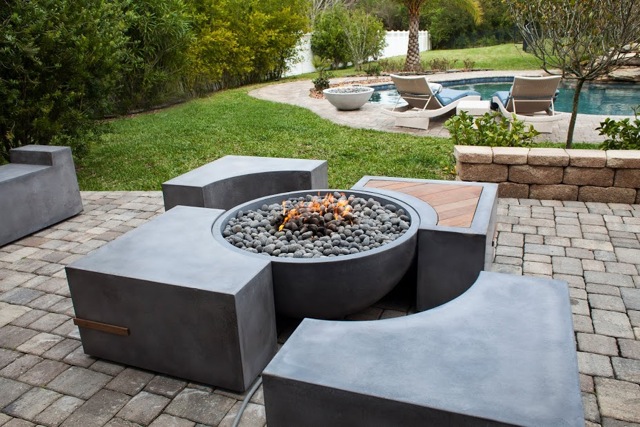 In only three years after training with The Concrete Countertop Institute, alumnus Drew Teaman built a successful custom concrete business—ConcreteCommander.com—in Jacksonville, Florida. Though easy-going and laid-back in conversation, the story of how he built his business demonstrates a level of flexibility, tenacity and creativity that oftentimes separates successful business owners from those who struggle to get off the ground.

Teaman, with a degree in exercise science, experience as a personal trainer and fifteen years of experience in pharmaceutical sales, doesn’t, at least on the surface, sound like someone who’d be interested in going into GFRC. Before he took up pharmaceutical sales, however, he worked as a salesperson for a company that sold concrete repair products to the military. Eventually, Teaman graduated from both the Ultimate and Advanced Molding technique programs at The Concrete Countertop Institute and launched his own business.

“[At first] I did a lot of DIY stuff, helping people out, and then I got into concrete very, very slowly,” he says. “One day, I decided I was going to go for it and started this thing on my own. Three years later, we own a building and we have six employees.”

Teaman credits a great deal of ConcreteCommander.com’s success to “we,” as opposed to only himself.

“What we’ve done is we’ve really developed some good people,” he says. “We’ve changed some lives in our shop.” With the support of friends and family, and Jeff Girard from CCI when required, Teaman and his team have managed to build not only a sustainable business, but one that continues to grow and evolve.

That successful business didn’t come without an investment of time, effort and some serious financial planning on the part of Teaman. Eventually, he even relocated for the sake of the business. He started out in Indiana, but the climate made the business environment particularly challenging.
“When I was up there, we hit a lull in the winters,” he says. “It was like five months of nothingness.”

Teaman’s long-time friend, Brett, lived in Jacksonville. The two coordinated and Brett visited some home shows to see if the market would be friendly for Teaman. There wasn’t any competition for Teaman in Jacksonville, so the two jumped on the opportunity.

“We made some sales calls, got some jobs and I drove down and brought my equipment,” Teaman says. “I was working back and forth, back and forth, just to keep things going.”

Eventually, the investment paid off and Teaman permanently relocated to Florida. In addition to assembling a great team, Teaman credits some of ConcreteCommander.com’s success to applying the lessons he’d learned in the pharmaceutical business; customer service, in particular. 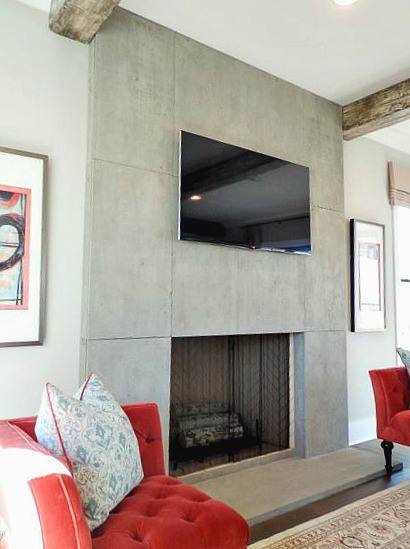 Good sales people know that managing expectations is a significant part of customer service, something that, from his many years in sales, Teaman brought to his new business.

“I was in pharmaceuticals for fifteen years,” he says. “We brought in the customer service at that level.”

“When they [customers] see the website, eighty-percent of the people are going to think that they’re getting a cheap product because it’s concrete,” he says. “They’re tire kicking. They don’t realize that the cost is higher than it is for cheap granite. Sometimes they’re blown away.”

Teaman makes an effort to reach out to the customers so that they understand the work involved with GFRC. “We just walk them through. They’re like ‘Okay, I get it,” he explains. “For most people, they understand that it’s an expensive product because it’s hand made.”

He credits Jeff and Lane of CCI with offering a lot of insight into customer relationships. “Jeff and Lane did a good job of making sure you know how to set those expectations with customers, “he says. “There’s room for variation. This is a custom, hand-made product. As long as the customer understands that, it’s good.”

In addition to helping customers to understand the skill and work involved in creating custom concrete products, Teaman has developed his business so that it’s flexible and sustainable when custom work goes through its predictable spikes and lulls.

“Our goal is to have our custom side, but then we want to have a production line,” he says.

That production line includes products that are of equally high quality to custom work, but come at a more affordable—but not cheap—price. “Our production looks like custom,” he says. “If you want to soup it up, though, we can really make it a piece of art.”

Where the other aspects of customer service are concerned, ConcreteCommander.com also sets high standards and it pays off in boosting the company’s reputation and customer relations.

“The way we work, we’re really punctual. If we’re going to be late, we’re texting. People are so appreciative of that,” he says. That also extends to website contacts, “When you can follow up within a half an hour, you’ll blow people away.” 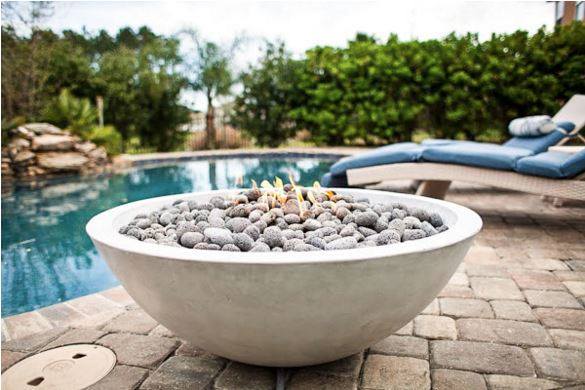 Flexibility and Return on Investment

ConcreteCommander.com’s success did not just drop into Teaman’s lap. Before he launched the business, he had a plan.

“So many businesses fail in twelve to eighteen months,” he says. “I was able to save money to make this work. We prepared for it. That old adage that you have to spend money to make money is true. If you think you need fifty, you might as well have a hundred and then work hard so you don’t even have to spend the fifty.”

Like most of what Teaman has done with his business, the inclusion of production work is part of a broader plan. “That insulates us a bit,” he says. “If custom slows down, we have production.”

Though he trained with CCI years ago, Teaman still relies on Jeff Girard when he runs into a particularly difficult challenge and, as is the case with his other connections, he attributes some of his success to that relationship. “You surround yourself with greatness,” he says, “and Jeff is one of those people. He’s always there if I have ‘Jeff questions.’ He is of huge value to what we do.”

Planning aside, Teaman still enjoys quite a bit of spontaneity in his business style. Many of the ideas that have helped ConcreteCommander.com to grow were written on napkins and were the results of not only coming up with good plans, but also the results of maintaining good working relationships. In fact, Teaman’s work history is based on fostering productive relationships and being flexible enough to let one opportunity become another.

“If you think about the progression,” he says, “I was a personal trainer for two years out of college. I met the owner of a [concrete] company and helped him rehab his knee. I used a PowerPoint presentation to help with the rehab and he asked if I could come and train his sales reps to use PowerPoint.”

Teaman took the time he spent travelling and training the salesforce to learn the products they sold and came into the concrete company as a salesperson. His eventual move to pharmaceuticals only required sales experience, which he had in abundance by the time he made the move, and he turned pharmaceuticals into a fifteen-year career that, eventually and through a lot of hard work and investment, led to ConcreteCommander.com.
He credits some of his success to tenacity but, in the end, he still comes back to the people he works with, and that doesn’t mean hiring “yes” men. “You need a support network of people to check you; checks and balances,” he says.

He also advises that people going into the custom concrete business anticipate that it will take time to make money. “You have to save money for it to work,” he says.

Nonetheless, he also advises sticking with what works. “We work hard and play hard,” he says. “This started with an idea written on a napkin, and we still work on napkins.”

More work by Concrete Commander in Jacksonville, Florida and beyond: 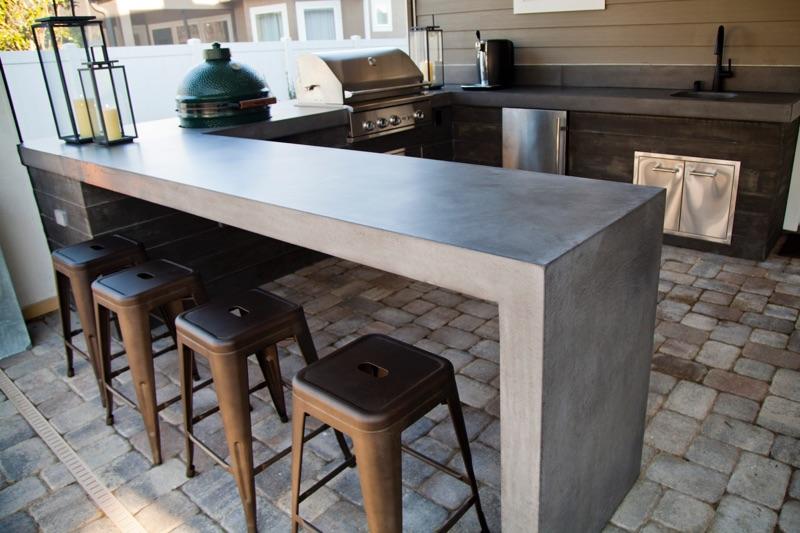 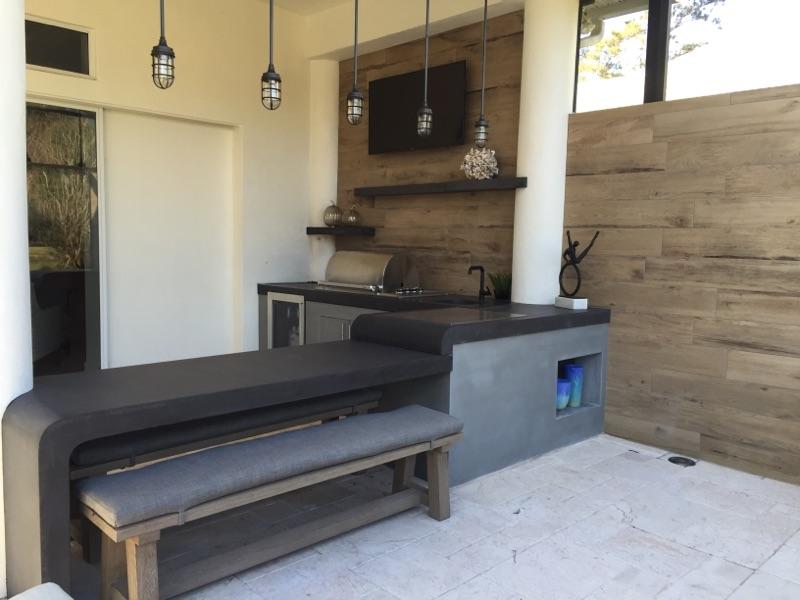 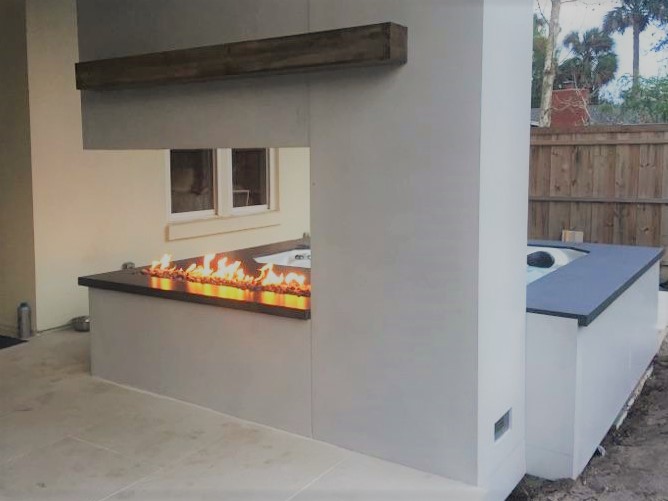