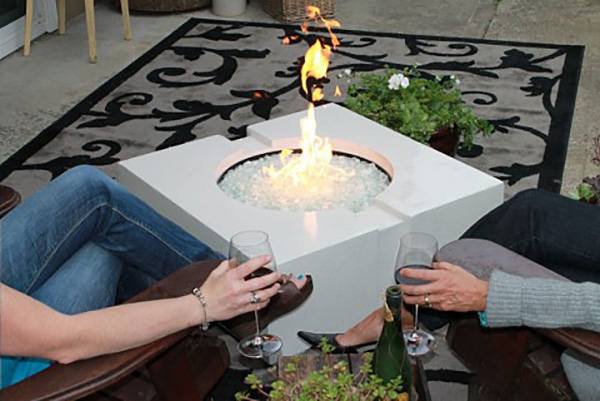 Starting out as a creative concrete professional can be challenging. Sean Kimber, owner of SAK Concrete Designs in Vancouver, however, seems to have found his niche, and he didn’t have to underprice his work to be competitive.

Thorough research into the market, the ability to recognize opportunities and offering a quality product have proven to be a winning formula for Kimber.

Kimber uses fire pit plans and other materials from The Concrete Countertop Institute, and he’s been quite successful at selling them, even while competing with much larger businesses.

Finding Opportunities in a Competitive Market

The trend in Vancouver, which is going through a real estate boom, is to build big. That means homeowners spend a lot of money customizing their properties.

“We have a huge influx of offshore money. When they’ve got a three-million dollar house, it’s nothing for them to spend a hundred thousand on landscaping alone,” said Kimber, “so a high-priced fire table is something that’s totally justifiable in my area.”

Kimber has managed to price his products competitively without going too low. He does a brisk business in fire tables, fire pits and even antique dressers outfitted with concrete sinks.

“What I like to do is go out and find antique dressers from the forties and fifties that are made out of solid wood. I take the tops off of them and I reconfigure the drawers so that it makes room for the plumbing. I put a concrete integral sink and countertop on top of it. Then I sell that to the high-end shabby chic furniture stores that are really popular in Vancouver and the lower mainland where I live,” he said. “People see it and they know it’s one of a kind and that no one else is going to have it.” 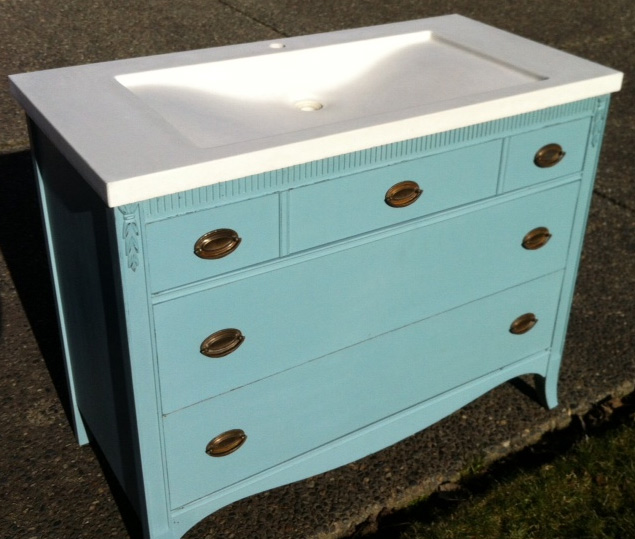 The demand for these products is much higher than it is for concrete countertops in his area.

“Nobody I know of [in Vancouver] is doing a steady business in concrete countertops,” he said. “In four years I’ve done two kitchen countertops.”

Kimber has found, however, that his customers are more than willing to pay for something a bit different than what their neighbors might have.

“People like to one-up each other here. If they can find something that no one else is going to have, they’re just over the moon. A lot of people; they really don’t care what it costs, as long as it’s within reason.”

Kimber has managed to expand his business by customizing fire tables and other products, as well, providing a level of flexibility that his larger competitors simply cannot match.

Being Artistic Can Be Profitable 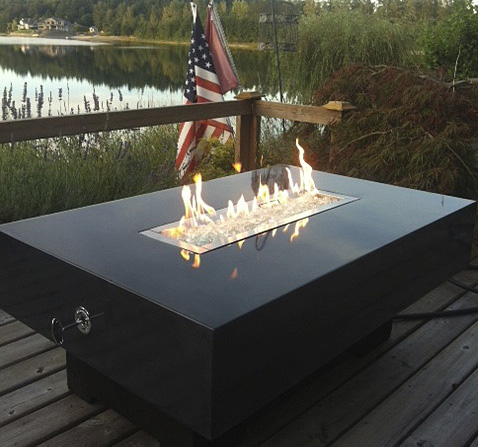 Kimber didn’t stumble upon this market by accident. He did a great deal of research and realized that no one was doing what he’s doing now.

For example, he calculated the material and time cost involved in making a concrete fire pit and came up with a suitable price, a basic cost-plus pricing strategy. When he called around to his competition to get their prices, he was shocked at what they charged for essentially mass-produced products. This enabled him to use a value pricing strategy, as well.

“My stuff is way more artistic, it’s more custom,” Kimber said. “These other companies, they make maybe six different styles and it’s available in four different colors. I can do any color you want, I can adjust the size to whatever dimensions. With the other companies, if you want something special, like if you want the top to be bigger, the pricing goes through the roof.”

Kimber’s strategy is, quite simply, smart. His prices are lower than his competition’s, but he’s flexible in what he offers. Rather than undercutting, he’s outcompeting. Many of Kimber’s clients come to him after seeing what his competition has to offer and end up going with Kimber’s broader selection of options.

Tips from a Successful Entrepreneur 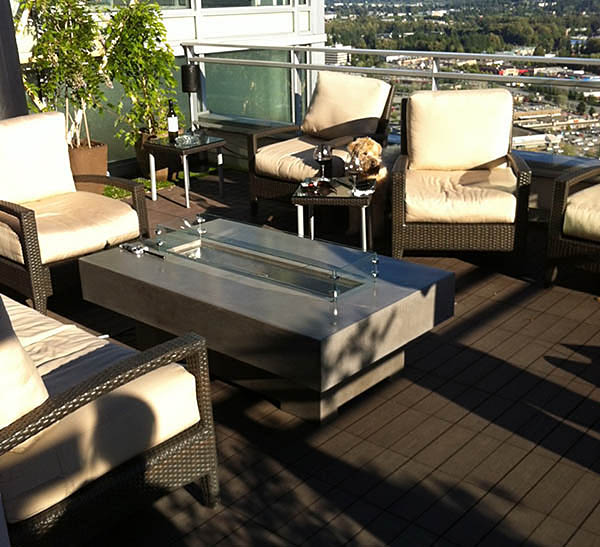 “Know your market,” Kimber said, is his biggest tip for people starting out.

As for dealing with a situation where a creative concrete professional might feel they have to undercut prices to stay in business, Kimber has one other piece of advice. “When you know your worth, you’ll stop offering people deals.”