Brent Indenbosch, an alumnus of The Concrete Countertop Institute, has a creative streak. As just one example of that, he recently crafted a very striking bathroom countertop, featured in a kitchen and bath show, that brings to light his penchant for creatively applying what he’s learned; quite literally, in fact.

Several of his other pieces speak to his creativity, as well, and his impressive use of his skills. 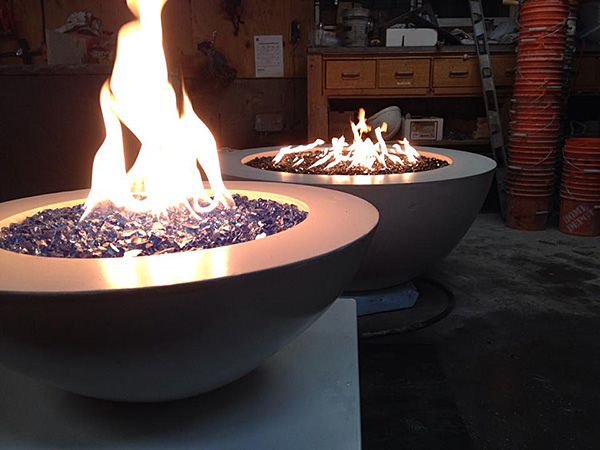 We got a chance to talk to him about how he’s been using what he’s learned, about going into business for one’s self and about expanding his repertoire in the future.

Bringing Together the Old and the New

Indenbosch is in the process of growing his own business, Diamond Finish Concrete Countertops in Agassiz, BC outside of Vancouver, but he has a long history in contracting. Moving from working on driveways and other projects into countertops has allowed him to be more creative.

One of Indenbosch’s most striking creations is a bathroom countertop that channels light through the surface using rather cutting-edge technology. 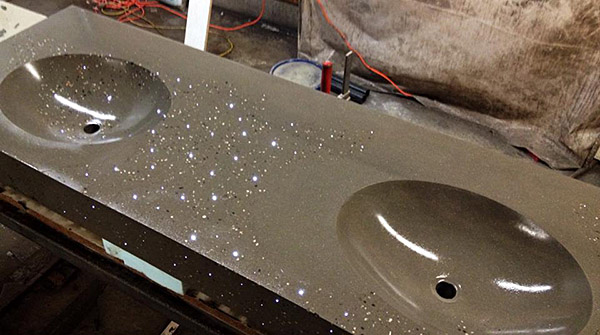 “That was all fiber optics and they’re all connected to the same illuminator,” Indenbosch explained. “There’s probably about 300 or 400 feet of fiber optics in that. There’s one little LED light bulb in there and the light shines through; kind of like water going through a hose.”

Indenbosch has shown equal creativity with other designs, incorporating pebbles and other materials into his countertops to create some very striking effects. Some modifications are more practical; incorporating features such as towel holders into countertops, for example.

Indenbosch has been able to expand his business and his body of work. His projects include bathroom vanities, ranging from classic designs to very modern and sleek examples in stately gray tones. He’s also created a number of fire tables and other dramatic pieces.

Ability is one thing, but one must have the means to manifest their best ideas into something real, and something saleable, of course. To that end, Indenbosch offers some excellent advice to those who might be considering starting up their own businesses, or even applying the skills they’ve learned just for themselves.

Have the Right Tools

“Make sure you’re prepared to invest in the right tools,” Indenbosch replied when asked about what he’d advise people before starting out.

“You need a decently sized shop,” he added, emphasizing that space is an important consideration when creating pieces. 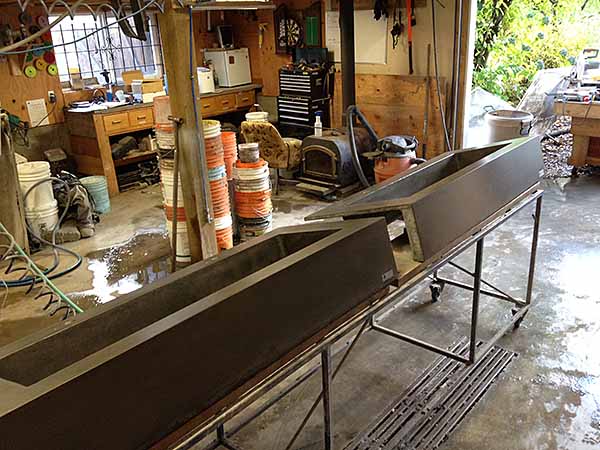 He’s currently planning on expanding the size of his own shop to accommodate business growth.

Indenbosch also recommended being aware of the time involved in creating a given project, as they can sometimes be surprisingly demanding in that regard.

Even though he’s gotten Diamond Finish Concrete Countertops off the ground, and is planning on expanding, he keeps very busy, working at his own business and keeping other jobs going, as well, a transition many contractors will be familiar with.

As a part of building up his business, Indenbosch plans on expanding his education further, and for good reason.

“I’m really looking forward to going back [to CCI] again,” Indenbosch said. Indenbosch believes that the real world experience he’s acquired since attending The Concrete Countertop Institute will help him to get more out of further education. He noted that having experience certainly gives one an edge in knowing which questions to ask.

That experience has also given him an opportunity to explore his various options in business.

“I’m kind of trying it all, seeing where my expertise is,” he said.

He also noted that learning a trade takes a combination of formal and experiential education. “You can teach someone, but everyone’s kind of different, so you have to figure some of it out yourself.”

Judging by his work, Indenbosch is figuring it out quite well.