Summer 2011: I love my job. I get to meet interesting people. I get to travel the world and help people be more successful with their concrete countertop businesses. And I make cool concrete.

I’m currently spending the summer down in the Cayman Islands helping out my student Terry with several large projects. (I’ve been there before – here’s a photo of the project I helped him with in December.) 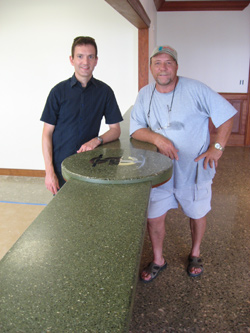 The first project I’m working on this summer is a 100 sq ft outdoor bar/gazebo. It’s a pretty simple job – just a hexagonal bartop. 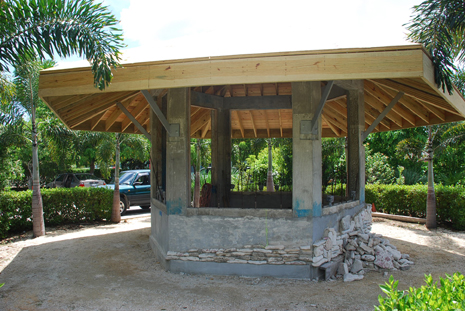 But this experience is showing me that even when things seem simple on the surface, the little details which appeared insignificant at first suddenly become the critical factor that brings everything to a screeching halt.

This outdoor bar is a pet project of a local developer. They and their architect drew up plans in January for a hexagonal-shaped bartop in an outdoor gazebo. The design was unchanged up until a week ago, and we were given the go-ahead to start forming for pouring right away. 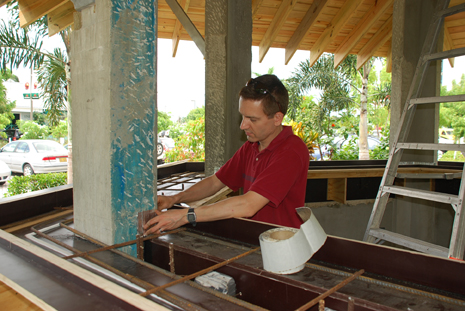 On the morning we started forming the architect halted everything and said the client changed the bar profile, reducing the overhang distance on the patron side and increasing the overhang on the bartender side. This was to allow for the beer taps to be installed in the bartop instead of on kegerators.

So new forms were cut and assembled. When asked about the details on the taps, the response was that they were pretty sure which ones were going to be used, but the details were not finalized. A few days later the tap details emerged, but it turns out the tap, its drip tray and the bartop don’t actually work together. Oops!

And guess what: The architect didn’t discover this. The owner didn’t. Terry and I did – the concrete countertop guys.

The morals of this long story are:

1. What seemed like a simple project that really was a lot more complex than it appeared.

2. You, the concrete guy/gal, need to understand a lot more than just concrete.

The fact that the plans were drawn (and re-drawn) before the taps were selected highlights the need for someone with experience, skill and an awareness of how everything will come together. The architect isn’t that person. The owner isn’t that person. It’s you. You must deal with the details that matter.

Sure, you have to know the basics of forming and casting and making concrete. That’s the easy part that everyone who offers training covers. But it’s the little details that have nothing to do with making concrete that are what separates those who are successful and make things work the first time from those who learn the hard way, through mistakes, expensive re-do’s and frustrated clients.

This is why I spend so much time on sinks, faucets and installation in my intensive class for pros. The devil is in the details. Even in the paradise of Grand Cayman.

PS – Keep track of my Cayman adventures on Facebook. I’ll be posting lots of photos and updates.

PPS – Actually, “Hell” is in Grand Cayman. Here’s a photo. 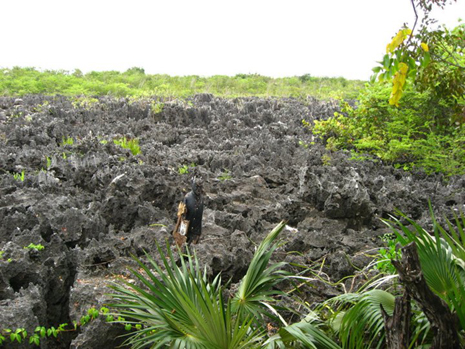